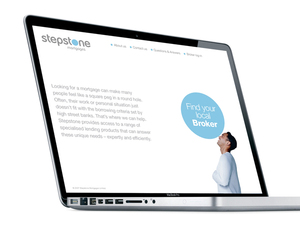 A joint venture between Lehman Brothers and IIB specialising in the sub-prime market. It went bust in 2008.

An 81-year-old woman, her son and his family are to lose their home after an order for possession was granted against them at the High Court yesterday.
The elderly woman had signed over her house in Co Louth 10 years ago to her son and daughter-in-law who raised a €740,000 mortgage on it with sub-prime lender Stepstone Mortgage Funding Ltd in 2008.
The repayments were more than €6,200 a month at an interest rate of just under 10 per cent
…In a second case involving Stepstone, a separated couple with a disabled child lost their family home. The Co Kerry couple had borrowed more than €220,000 in 2007 at a rate of 10.8 per cent.