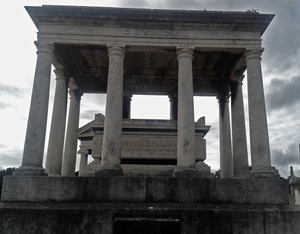 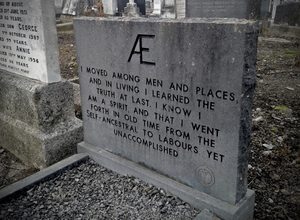 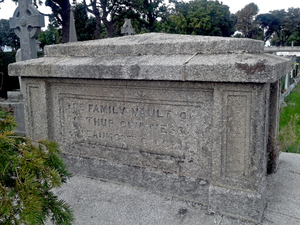 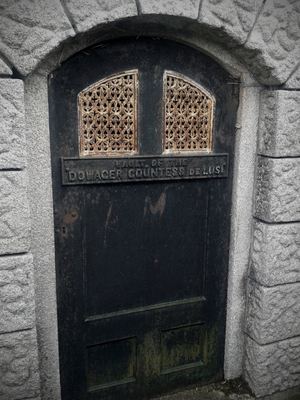 (At Mount Jerome Cemetery in Harold’s Cross, Dublin, from top, the remains of: James William Cusack, doctor and prominent member of the Royal Dublin Society in 1861 and his descendants; poet, politician and painter George William Russell, whose pseudonym was Æ; Arthur Guinness, and Dowager Countess de Lusi.)

Ciarán, of Come Here To Me, writes:

“You don’t generally think of a cemetery as a place to go sightseeing, but Mount Jerome, bought by the then newly formed General Cemetery Company of Dublin in 1836 and receiving its first burial in September of that year is an example of Victorian affluence worth a look for the enormity of some of the tombs alone. Hidden Dublin by Frank Hopkins notes that while it was envisaged that the cemetery would host both protestant and catholic burials, the first catholic burial did not take place there until the 1920′s, when Glasnevin Cemetery was closed due to a strike.”

“After a fruitless search, I cannot find who Dowager Countess de Lusi is. If anyone could shed any light, please give us a mail or a comment.”