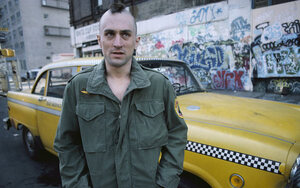 “THE taxi driver who took sex fiend Larry Murphy from Arbour Hill Prison had no idea that he was allowing a sex fiend into his car. Niall Bates said he was relieved the whole ordeal was over and he could get on with his life.”

But what if the taxi entered an interdimensional wormhole just beyond Arbour Hill which transported Mr Bates back to the pickup spot and left him unable to control the steering-wheel and left him enduring the ordeal in a loop for all eternity?

Run. Run for your LIVES!

The Fare From Hell (Herald.ie)

RTE Weather Man Was NOT Drunk