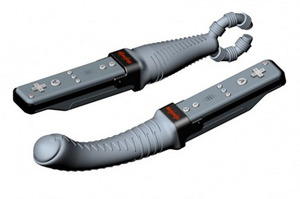 Manufacturer, MojoWijo (which has also released a baffling and weirdly SFW promotional video) has this to say:

Your Nose, Only Higher

He Only Did It For The Buzz