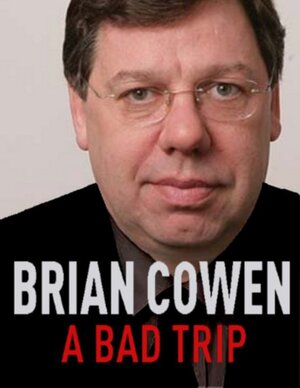 It was at this point one of our media team (the one with the glasses) approached me. “Are you OK to do the interview, taoiseach?”

He was new, so I went straight in: “Mac Coille? That weedy fucker. I have lads like him for breakfast. And you know what? It’s breakfast time.”

I patted his sloping, bony back and went straight in again: “The chances are, son, that I am in a blackout right now. You see? This is what they don’t teach you in Gonzaga.”

With that I pushed him aside emitting a loud belch as I did so and strode towards the earphones. They are called cans in the radio business.

It was around this time that Newsweek made me their Man of the Year. Who would have thought when I won my father’s seat that I would one day (cont. p64).