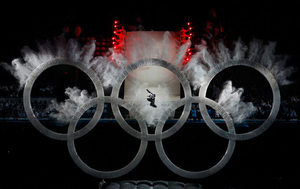 A snowboarder flies through the Olympic rings at the start of the opening ceremony of the Vancouver 2010 Winter Olympics, February 12, 2010. 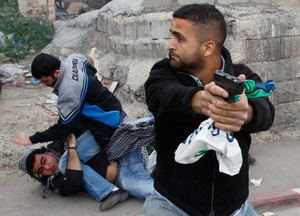 An undercover Israeli police officer holds a weapon as another detains a Palestinian suspected of throwing stones during clashes in the East Jerusalem neighborhood of Wadi al-Joz March 16, 2010. 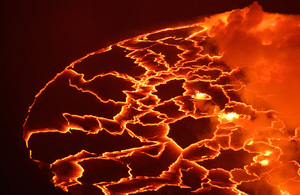 Magma churns and gushes in the lava lake of Mount Nyiragongo, one of Africa’s most active volcanoes, in Goma, Congo on March 31, 2010. 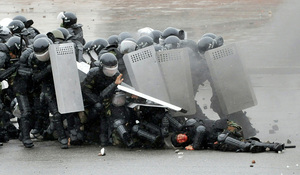 Kyrgyz riot policemen try to protect themselves during clashes with opposition supporters demonstrating against the government in Bishkek on April 7, 2010.

Images from the first of the Boston Globe’s three-part pictorial review of 2010.