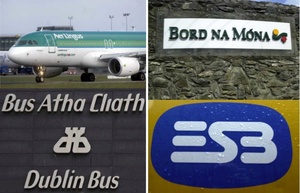 A COMMITMENT that the Government will not delay a decision on the sale of State assets has been given by Minister for Public Expenditure and Reform Brendan Howlin.

He was responding to the report of the review group on State assets and liabilities, chaired by economist Colm McCarthy and published yesterday, that details how €5 billion could be raised through the sale of State assets.

Mr McCarthy advised against a “fire sale” of State assets, saying “they can’t be put up on Ebay tomorrow”. He added, however, that assets would never recover the value they had at the peak of the boom, and that waiting for 2006 or 2007 prices would mean waiting forever.

So, sometime next week, then.