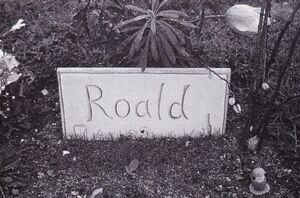 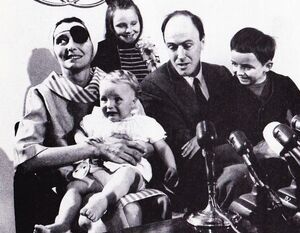 Roald Dahl, arguably the finest children’s storyteller who ever lived was also – as most people know by now – something of an arse. As Alex Carnevale of This Recording suggests in an extensively researched compendium of the writer’s reported cantankerousness, misanthropy, misogyny, serial adultery and anti-semitism, Dahl was nothing if not consistent:

An unhappy and bullied little boy, in adulthood he longed for the kind of dominance he never achieved as a child. Even from his earliest days, he was a hateful little fuck. He began one prep school essay, “Sometimes there is a great advantage in traveling to hot countries, where niggers dwell. They will give you many valuable things.”

He explained to an interviewer in 1983 that “there is a trait in the Jewish character that does provoke animosity. I mean there’s always a reason why anti-anything crops up anywhere; even a stinker like Hitler didn’t just pick on them for no reason.”

By the mid 80s, Dahl’s worsening health and mental state apparently did little to mellow his character:

He became obsessed with attaining knighthood for some reason, wanting Felicity to assume the title of Lady Dahl. He began giving money away in earnest to hospitals in order to increase the likelihood of this event – indeed, he always had a selfish reason for doing anything benevolent. His reaction to the fatwa against Salman Rushdie ensured his knighting would never occur, for he wrote to The Times of London that the man was “a dangerous opportunist.” (His real jealousy likely oriented around the fact that Rushdie had won a Booker Prize and he hadn’t.) People started to distance themselves from the old man in droves. When Martin Amis told Dahl he was about to have dinner with Rushdie, Dahl responded, “Tell him he’s a shit.”

READ IT: In Which We Consider The Macabre Unpleasantness Of Roald Dahl (This Recording)