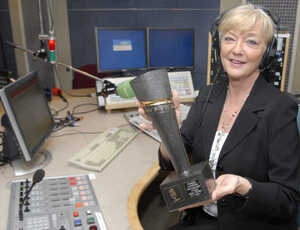 MARIAN FINUCANE, who only broadcasts four hours a week, does not believe anybody is worth her salary of over €500,000.

The presenter did not seek to defend her salary when talking to freelance journalist, Sue Leonard, about her new book on 12 of her Saturday radio interviews.

The Marian Finucane Show on RTÉ Radio 1 is the highest-rating weekend radio show in Ireland and Finucane was one of the top four, best-paid presenters in 2009.

Nobody worth €500k a year, says Finucane (Irish Examiner)