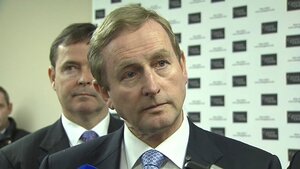 BRITAIN’S DECISION to veto a new EU treaty has created “two Europes” and marks a major step towards integration within a smaller bloc, French president Nicolas Sarkozy has said.

Outlining what France sees as the far-reaching implications of the “fiscal compact” agreed in Brussels, Mr Sarkozy hailed “the birth of a different Europe” that would converge without the British.

Taoiseach Enda Kenny has invited the leaders of the Opposition parties into Government Buildings at 8am today to brief them on the outcome of the European summit.

‘Nothing To Do With Democracy’