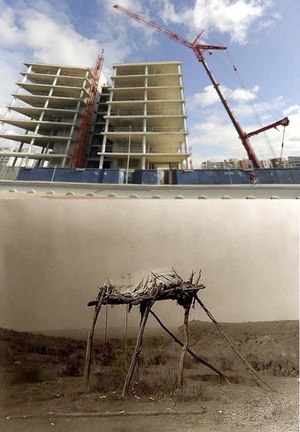 THE CENTRAL Bank has emerged as the most likely purchaser of the concrete shell of Anglo Irish Bank’s unfinished headquarters on North Wall Quay in Dublin, The Irish Times has learned.

Negotiations between the Central Bank and Nama, which wants to dispose of the site as part of its resolution of the debts of Liam Carroll’s Zoe Developments group, are at an advanced stage and a decision is imminent.

One well-placed source said the North Wall Quay site is the only one in Dublin with sufficient office space to accommodate all of the Central Bank’s staff, currently based in three main locations in or near the city centre: “We’re on the point of deciding to buy the Anglo site. It’s exactly the right size and fits our staff numbers well. It’s also the cheapest option available. Just because it was being built for Anglo doesn’t mean it should be jinxed.”