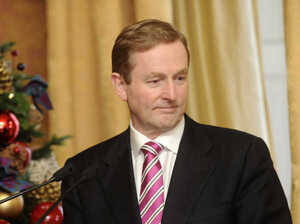 MINISTERS WILL be held to account at the end of March for their success or failure in implementing the commitments made in the programme for government, Taoiseach Enda Kenny has revealed.

Mr Kenny said yesterday that he will meet Ministers individually in January to itemise their responsibilities in terms of “actionable points” in the programme, and will be demanding a progress report from each of them at the end of the Government’s first year in office.

In an interview with political correspondents, the Taoiseach said that he had established an office in his own department to translate the programme into “actionable points” so that the performance of Ministers can be assessed.