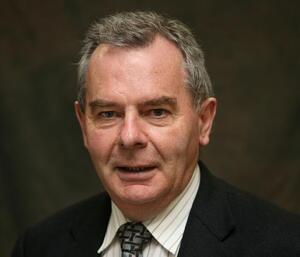 DEBTORS COULD emerge from bankruptcy in less than five years under new legislation to be outlined by the Government within a fortnight.

The Cabinet has discussed whether the issue of mortgages should be incorporated into the Personal Insolvency Bill, which will significantly reduce the bankruptcy term from its current minimum of 12 years.

While publication of the Bill is a condition imposed by the EU and the IMF as part of the bailout package, Mr Shatter said he would nevertheless have tried to introduce it “in different economic circumstances”.

He said many of those who complained of being rendered insolvent “voluntarily placed themselves in positions . . . in which they raised money from banks and money that may have been very unwise to raise.

“Some individuals who now are trying to wash their hands of personal responsibility for borrowings at levels that were verging on the insane, deserve little sympathy”.