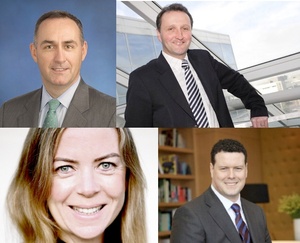 THE HEAD of the Irish Technology Leadership Group in California has urged the Government to move quickly to secure the services of top business executives who have offered to serve on state boards without payment.

But Mr [John] Hartnett [founder of the ITLG] said Tánaiste Eamon Gilmore, who was keen on the project when it was first suggested last year, had not yet been in contact to finalise details of the scheme.

“I would urge the Government to move quickly on this,” Mr Hartnett said.

High powered advice for free at our time of greatest need?

Surely, a way will be found to make an utter bags of this.