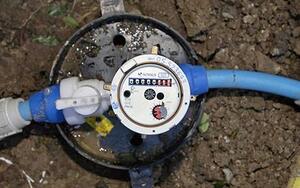 Mr Kenny said he could not comment on the likely cost of the meters as this would have to be decided by the regulator. The cost of installation would be covered by a loan from the National Pensions Reserve Fund, he said.

Over a million homes will require meters to be installed by the end of next year if water charges are to be introduced on schedule in 2014, as set out in the EU-ECB-IMF deal.

So, good news for anyone selling cheap-ass water meters. And these guys.