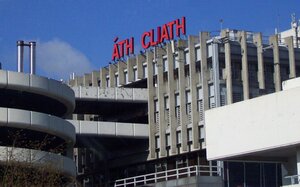 PASSENGERS FLYING from Dublin Airport will face additional security measures for a number of months after an EU audit identified two deficiencies in security. The European Commission has taken formal proceedings to get Dublin Airport to address the problems, and it will temporarily impose additional restrictions on flights out of the airport.

Oh. Right, well let’s all stay calm and not make an already embarrassing situation worse, shall we?

Ryanair chief executive Michael O’Leary said it was “unacceptable” that there had not been an “open, transparent and honest answer” about the security issues from either the Department of Transport or the Dublin Airport Authority.

He said it had been confirmed that the authority knew of the security failure for more than a month, and it was “so serious that Dublin-originating aircraft will now be treated as the same security risk as flights originating from Afghanistan and Somalia”.