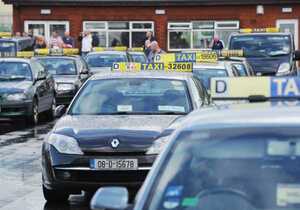 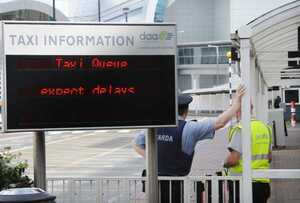 PASSENGERS at Dublin airport will continue to face disruption today as a strike by taxi drivers there enters its second day.

The strike which began yesterday has forced passengers arriving at the airport to rely on public transport and private cars for their onward journeys. August is one of the busiest months at the airport.

The row involves 70 taxi spaces in a holding area of the airport that have been taken back by the Dublin Airport Authority (DAA).

John Usher, president of the Irish Taxi Federation, said DAA staff had moved in overnight to take the spaces. He said drivers were left with no option but to pull services when they were given parking tickets by gardaí after being forced to stop on the main road.