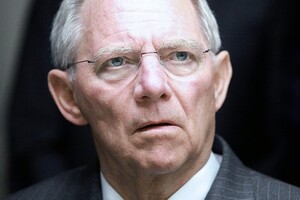 GERMANY HAS said it will oppose any Irish debt-relief proposal it believes sends a negative signal to financial markets.

Finance minister Wolfgang Schäuble has said Ireland’s “massive” reform progress should not be compromised by anything that would halt the “winning back of trust”.

His doubts pose a challenge to the Government, which expects a political agreement by October on relieving Ireland’s €64 billion bank debt burden.

“We cannot do anything that generates new uncertainty on the financial markets and lose trust, which Ireland is just at the point of winning back,” said Mr Schäuble in an interview with The Irish Times.

Thanks a pantload there, Wolfgang.