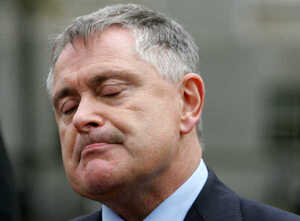 Minister for Public Expenditure and Reform Brendan Howlin acknowledged yesterday the Government would fail to meet its target, with only €3.5 million due to be saved this year.

Under the plans agreed by the Cabinet yesterday, only one allowance out of 1,100 paid across the public service is to be abolished for serving personnel.

Other allowances paid to existing personnel may be reviewed or bought out in the future. The Department of Public Expenditure and Reform said it could not identify these allowances to the media due to industrial relations considerations.

Those Public Sector Allowances and Premium Payments in full.