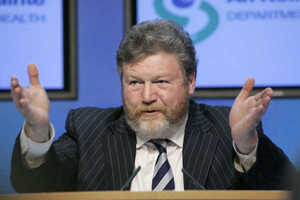 Speaking in the Dáil last night Dr Reilly said Swords and Balbriggan were identified as high priority areas by the HSE five years ago. But both “lost out” after Minister of State Róisín Shortall increased the weighting attached to deprivation in selecting priority locations in which centres would be built.

“Multiplying the deprivation index by three, they lost out. They were swept from high priority to low priority. Under the original priority system both would have been in the top 35. However, under the new system with an altered weighting system they ended down the list.”

Just a minute there, Bottler.

According to documents obtained by the Irish Times: