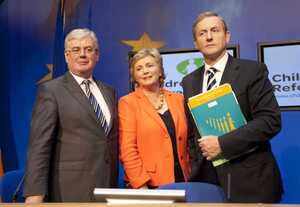 Some 30,000 printed copies of the children’s rights referendum Bill will have to be pulped after a misprint suggested the proposed constitutional amendment related to the article protecting the right to life.

The copies erroneously stating an amendment to article 40 of the Constitution was proposed were sent to post offices across the country so they could be made available to members of the public.

Article 40 is of particular concern to anti-abortion campaigners because it contains a statement that the State acknowledges the right to life of the unborn.

The referendum actually proposes to insert article 42A, entitled Children, into the Constitution, aiming to protect children at risk and make it easier for the children of married parents to be adopted.