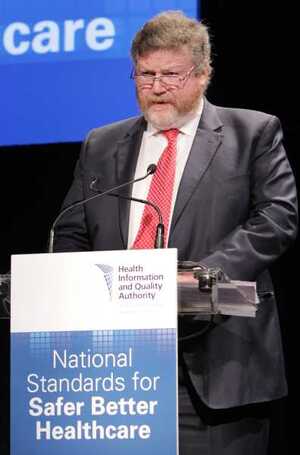 Only one person out of the 40 who applied to Minister for Health James Reilly for a place on the board of the State health watchdog body was ultimately appointed, documents show.

This was despite the fact Dr Reilly’s officials judged that the vast majority of applicants for board positions on the Health Information and Quality Authority (Hiqa) were of a high standard and only nine failed to meet the required criteria.

Earlier this week The Irish Times reported that none of the 28 people who applied to join the board of the Irish Blood Transfusion Service (IBTS) was selected by Dr Reilly. Documents showed that the Government parties divided up the appointments between them, with Fine Gael getting six and Labour three.

Reilly selected only one of 40 applicants for board of State health watchdog (Paul Cullen, Irish Times)