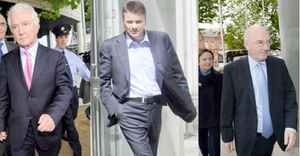 The High Court has extended for another year the investigation by the Director of Corporate Enforcement into the 2008 collapse of Anglo Irish Bank.

Criminal trials arising from the inquiry to date also appear unlikely to open until late this year and may not start until next year.

The director had sought a three-year extension of orders allowing retention of documents seized from the bank for the investigation, which began four years ago.

The extension was sought to complete the probe and facilitate what the Director of Public Prosecutions anticipates will be lengthy criminal trials arising from some of the matters being investigated.