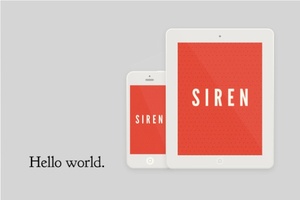 On the site at the moment, we have: an article by Darragh McCausland on being stalked for a decade by a stranger called The Intensity of Her Stare, an article by Michael Garvey on growing up gay in Ireland called Playing House, a piece from our print edition by Megan Nolan on friendship after a big relationship called Looks Like We Made It, and two photo essays by Cait Fahey, one called That’s Mine on her relationship with her brother, and one titled A Vision in Purple on women standing against domestic violence in the Irish Islamic Cultural Centre.

You may allow it to lure you onto the rocks here.

Previously: Have You Got A Minute?

Drive Your Own Car So