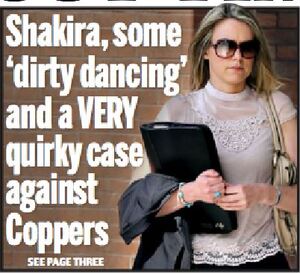 A woman who allegedly fell on a wet floor while dancing at a Dublin nightclub with a work colleague has sued for damages. Ciara O’Connell was allegedly dancing backwards to a song by Shakira in a style from the film ‘Dirty Dancing’ when the accident happened at Copper Face Jacks, Harcourt Street, the High Court heard.

When counsel for the club put it to Ms O’Connell that she had been dancing in a ‘Dirty Dancing’ manner, and that Mr Humphries had leaned back too far and fell over, Ms O’Connell said it felt like he had slipped. “I could not say why he fell,” she said. Nobody suggested to her she was dancing in a reckless manner, she said.