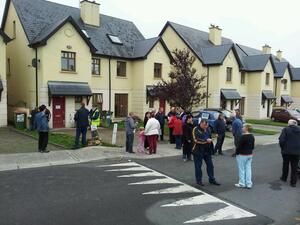 Gardai say they will confiscate any cameras filming the repossession of the family home in Kanturk.