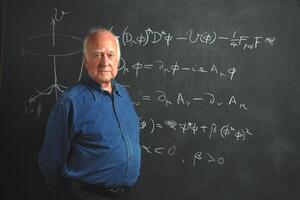 Always going to happen, in fairness.

How did he get the Higgs into the Higg Rolls?

Previously: Do You Understand The Higgs Boson?