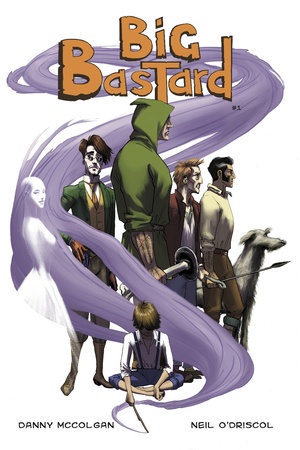 I’m the writer/producer of a new independent Irish comic book series entitled ‘Big Bastard’. Our first issue was launched on October 2nd and is available for purchase from most Dublin comic book shops as well as in PDF format from our website.

Anyway, we’ve just been nominated for ‘Overall Best Irish Comic’ at the ICN awards 2013…we’re up against some strong competition (Half Past Danger, O’Brien Press’s CuCullhan) and it’s just the two of us (my illustrator and I).