On Saturday’s Six-One News World 50K Walk Champion Rob Heffernan apologised for his tweet in which he wrote that Roma “should be shipped out“.

“….and I want to apologise ya know to any people or group of people that I’ve offended and you know like I feel, I feel terrible over it you know.”

Ms Kavanagh had a single interaction on Wednesday with the athletics champion when she questioned his Roma tweet. 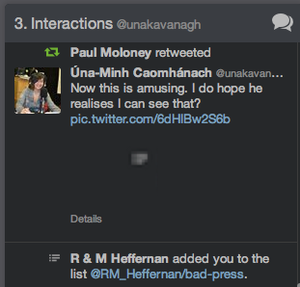 His apology came a day after being contacted by a Sunday Times journalist.

In his front page story on Sunday, John Mooney wrote that Sport Against Racism Ireland (SARI) had said that Heffernan should not represent Ireland at any future athletics championships or the 2016 Rio Olympics. 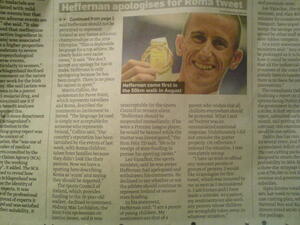