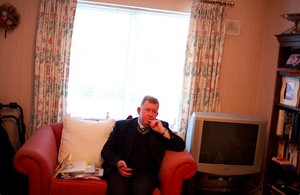 [John Donovan, who was forced to kill and barbecue pigeons to survive, according to yesterday’s new York Times]

But he has a certain set of skills.

Faced with an expensive separation and medical costs for his ill mother, who has since passed away, he sold his five-bedroom house.

“I decided I was going to cut the bills to nothing. I thought, ‘I’m going to fend for myself’. I have a fully licensed shotgun. I’m an experienced hunter so I started shooting a few pigeons in the fields around Shankill, so that’s where that came from.

“I fish as well so I catch trout and caught loads of mackerel so I filleted and froze them,” he said.

‘NY Times was wrong: I don’t have to hunt pigeons to survive’ (Independent.ie)

We Feel Your Pain, Netherlands.