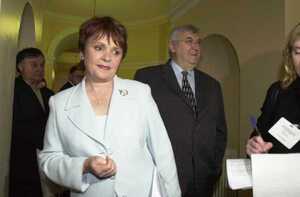 Ms [Rosemary]  Scallon said she would find treatment for her brother, [prosecution barrister Claire] Howell told the jury. The singer then told the mother that Mr [John] Brown had been cured after he had seen a priest and they agreed not to tell the child’s father.

Just So You Know

70 thoughts on “All Kinds Of Everything”