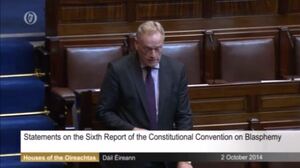 Deputy Clare Daly speaking on the same subject said that in 2011, Ireland’s blasphemy legislation was applauded by the Organisation of Islamic Cooperation.

She said “Let’s face it for Ireland to be cited by countries like Pakistan as having the best practice really makes us worse than bedfellows.” 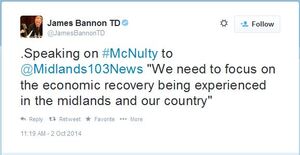 Previously: A Bannon On Women’s Rights