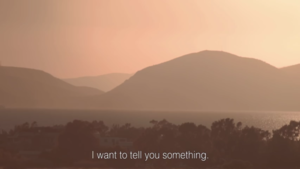 As Syrian refugees wait in purgatory in camps in Athens and Lesvos….

Thought you might be interested in this music video directed by me and a friend, we go under the name The Reelists. It’s for a Galway band called Rofi James. We shot the video out in Greece in several refugee camps, and it’s a documentary about the current state of the crisis.