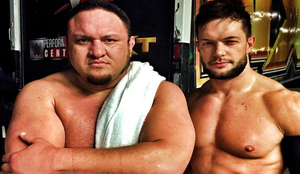 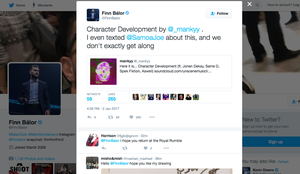 The lad’s so good, he’s brought about peace between two lads that only recently settled their score in a steel cage.

Fergal Devitt, the man behind the facepaint, is a Bray, Co. Wicklow native, and a renowned Irish music nerd, as some may recall, going as far as having Naive Ted write his old baddie gang’s theme tune. He’s had plenty of time to get caught up, while out with a shoulder injury.