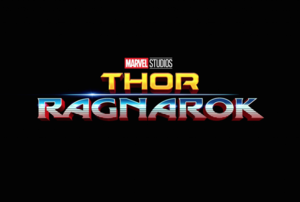 1. The Marvel Cinematic Universe rumbles on; it’s the third Thor movie but we’ve kind of lost count what the total number is by now.

2. Thor and its sequel Thor: The Dark World are arguably the worst of the series so far, so Kevin Feige and the lads had a bit of a gamble on their hands for a third outing. When Guardians of the Galaxy was an unexpected (sic) smash hit, all the praise went to its comedy elements. Marvel have now doubled down on that by engaging the services of New Zealand director Taika Waititi for Thor: Ragnarok. Waititi gave us Hunt for the Wilderpeople (2016) and the vampire mockumentary What We Do in the Shadows (2014), two of the funniest films of the past few years.

3. Hard to tell whether Thor: Ragnarok will go full comedy, but that big green punchline at the end is timed well. Chris Hemsworth has shown some promise in the comedy department now and again as Thor too, including with these spoof shorts.

4. Everyone reacted well to Guardians’ rock soundtrack, so it seems now the rule is all comic book movies need to go that way. Great use of Led Zeppelin tbf. It’s fitting, unlike the truly horrific choices made in Suicide Squad. Eminem? K7? Who thought that was a good idea.

5. There’s Cate Blanchett, looking the part. A quick wiki tells us she plays Hela, ruler of Hel and Nifleheim, frequent foe of Thor in the source comics. Her schemes often involve attempting to raise the dead from Valhalla.

6. There’s Jeff Goldblum. If this wasn’t already shaping up to be a hoot, well…

7. As for the title, Ragnarok is Norse mythology’s version of the apocalypse, during which a great many natural disasters befall the world, leading to the deaths of many of its gods.

8. To be followed by Black Panther in February 2018 (directed by Ryan Coogler, whose blistering debut Fruitvale Station was followed by the improbably excellent Rocky spin-off Creed), and Avengers: Infinity War in May 2018 – rumoured to be the first ever film to touch a budget of €1billion. Before any of those we’ve got Guardians of the Galaxy vol. 2 this May and Spider-Man: Homecoming in July. Hard to keep up, isn’t it?

Verdict: Aswell as spiralling budgets, the MCU seems increasingly willing to take risks as the years clock up. There’s little to lose with the Thor franchise (see pt. 2). Pretty sure this will be ace.