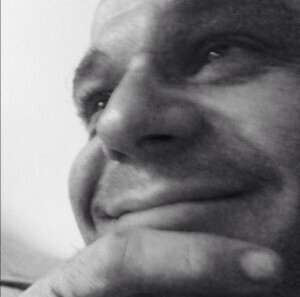 You can tell Derek Mooney’s column on Monday on Brexit was a good piece because there were no overly negative comments. Not even the usual abusive ones about Derek. He summed up much of what I was thinking about how Brexit is being entered.

Brexit will probably be bad. Not because the principle of a Brexit is a disaster, but because of how this Brexit came about.

The nature of the Brexit campaign was xenophobic, untruthful and incompetent. The only reasonable explanation is that this was a deliberate tactic so that the result would be remain.

A Larry Beinhart conspiracy in the real world, except devised by idiots. Now those idiots are running the negotiations. It doesn’t bode well.

The West Wing and House of Cards have given an unreal expectation of what happens in the corridors of power. All give far too much credit to cunning and scheming politicians.

Principled public servants and devious lobbyists. A lot more sex and less murder than the real world. The political world is far more Yes Minister written by P.G. Wodehouse than Dobbs or Sorkin.

The art of negotiation is well documented. Experts will sell you books and courses on the subject for decent fee. If you didn’t get onto the Oxford PPE course, you can at least feign status with some good buzz phrases. At least nod at them when you hear them like on holiday when you recognise one of the French words the waiter said.

It was disappointing when you got a policy change through without a bit of a fight and negotiation. When the relevant person accepted their mistake and changed it, you were always left a bit flat.

They weren’t doing it right. We’re supposed to do the dance of banging desks, slamming doors and letting me say at least once “I have a mandate from my members!”

A good prolonged negotiation was a soap opera you could pitch back as a David and Goliath. Sell like it’s a lost cause and you’re the only one standing up and speaking the truth.

Members want you to be having meetings and shouting. They don’t want resolution with a courteous email and phone call.

You never went into a negotiation (in Ireland or Europe) with the idea of compromise or of listening to the other side. This was your opportunity to show everyone how wrong they are.

How if they listened to you and your “facts” they would have no choice but to concede on every point. Your preparation was to have your argument laid out with “facts” and attacks on the other side’s “facts”.“You call that a source?” “You’ve misrepresented those results.” “You made a spelling mistake; it means your entire argument is void.” You had no intention of actually listening to the other side or to reason.

Of course, the real negotiations happened outside the grandstanding of the formal room. Over coffee or a pint you could throw off the shackles of your mandate; agree it was all crap and that both had a point.

Unfortunately, we could never admit that formally and the cod-negotiation continued. “Here comes a regular, am I the only one who feels the shame?”Nah. We had mandates remember?

Members are like voters. They preferred for us to do the hard work and tell them how to think. At least that’s what we thought. We’d analyse the policy, find something inflammatory and send out a biased overview. Anger-up their blood and there was our mandate. The more we found, the more we justified out existence.

The members we spoke about were like the constituents politicians speak of. The man with two pints Enda spoke of. The British Brexit voters Theresa speaks of. The 28 Member States Michel Barnier speaks of. All figments of our imaginations. Traits and opinions we make up and condensed into a mythical person or group.

The people and the Member States exist of course, but what they think or would think is complex, diverse and a bit more rational than we’d like. So we created their opinions for them. Manipulated genuine and easily corrected mistakes to fit into whatever Key Action Point we’d promised to deliver on that year.

We should worry about how the UK will enter these negotiations. They sold Brexit on a promise of getting rid of foreigners and a lie about British Sovereignty.

But we should also worry that the EU won’t care too much about little old Ireland. Heck, there’s even a chance that what’s bad for Ireland in this will benefit Central Europe. The greater good being those large states losing out to Ireland.

The EU has already created its own strawman to fight the UK strawman. There’s a reason it took so long to negotiate an EU deal with Canada. It had nothing to do with complexity. It was 28 Member States who still consider themselves as 28 individual Member States.

One nation would object to an aspect of the deal that would impact their particular interest. Britain only has to negotiate on the terms of British interest. It will no longer have to take account of what will upset the other 27 states.

There is no central EU-mind. It isn’t just Britain who is parochial, each member state is. We’re still European by politics and geography rather than culture and mind. European when it suits, like in golf. We’d still stab the others in the back if it were in our interests, like in Eurovision.

Because of the UK’s stance on negotiations, the EU has created its own aggression. The diplomatic and greater good is for a soft exit. The outcome is more than likely to be a hard exit for no other reason than spite.

Any impact on Ireland, positive or negative will be accidental. Our interests are handy soundbites, but they will not impact the outcome. The EU cannot allow exiting to be easy or soft, no matter what the consequence.

Political compromise is rarely true compromise. More often than not it is giving a few things to one side and a few things to the other side. See the 20 years of Social Partnership and National Agreements. Both sides could stand like Chamberlain waving their pieces of paper. The common good forgotten in the need for both to show that they didn’t lose.

Negotiation is about how both sides come out without looking weak or incompetent. It is rarely about fixing the problem. Ireland will have to take a hit to prevent wider chaos in the EU.

Michel Barnier’s brief will be that the greater good is making sure the Union remains. Making sure that no other state gets notions of leaving. Make it as hard and painful for Britain as possible. If Ireland is collateral damage, it’s a price worth paying.

We’ve spent a year laughing at Brexit, now a UK win in the deal might be the best result for Ireland.

No problems there then.

Three years ago Listrade asked himself “are we the baddies?” after 10 years working for a lobbying group and now works in PR and Communications for the Bilderberg Group. He is widely credited for leading the group away from its New World Order manifesto and into investing in Pizza restaurants.

Sticking To Our Bubbles

16 thoughts on “Brexit And The Strawman”