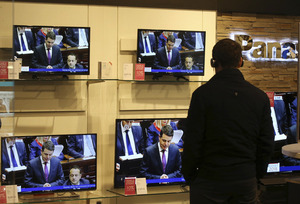 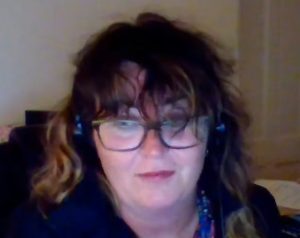 Accountant Vanessa Foran (her off the telly) writes:

By now you will be already familiar with the main contents of Budget 2018.

I’m just going to mention some key items that got my attention; some contractions, some ironic, one that got my agreeing nod and another that deserves its “are ye taking the piss!”

The Vacant Site Levy isn’t quiet the Revenue Generator the Minister for Finance is telling you. In fact, not a single cent has been earned from it yet since Alan Kelly (yes Labour) came up with it. Of course, it’s worth driving it up even further, since that action doesn’t cost them anything and doesn’t consume resources.

But the levy conditions are so wide it is easy to navigate a work-around. Additionally, most of the Sites on the registrar (and for the site to be subject to this levy, it must already be on the Local Authority Register of Vacant Sites) are increasing in value at a far steeper pace than 4%. Dublin and the surrounding commuting areas are already running ahead with double digit growth values.

This moves me easily on to mention the Commercial Stamp Duty rise, also by 4%; and I am advised, also attaches to the Buy-To-Let Stamp. If this is the case, then it is hardly the incentive to attract more Residential Landlords to commit further investments in the rental sector, or even encourage new Landlords into the business.

Since I am on residential letting; HAP. The Housing Assistance Payment has not delivered any additional units into the Private Rental Sector. Not one. No additional Rentals have been created according to the statistics and data.

Yet your Government is laying another €149 million into HAP. However, if no additional properties are becoming available for qualifying Tenants, it will remain unspent. Maybe this is the plan, a pretend spend to announce in the many responses to the Housing Crisis.

I would add to that and say that there was no new Housing Initiative announced beyond NAMA now advising the Commercial Sector. You can digest that at the Private Sector, and let me record again that I strongly disagree with the Private Sector being the supplier of Social Housing.

The top topic now, even before Brexit, is Social Housing. Yet everything we’ve heard in the last 48 hours was announced weeks ago. That part of your Budget was recycled material that was given a new suit.

By the way; Brexit is getting a €3 billion Management fund. Yet our own Rural Affairs barely saw a €13 Million top up. So your Broadsheet-on-the-Telly friend Johnny Keenan may have to wait a bit longer for some decent broadband.

That might be a familiar and handy dig at the lack of investment outside of Dublin. But you simply cannot promote Rural Relocation as an option to Homeless Families unless there is infrastructure that can be relied on.

The same issue applies to Small Businesses and Start-Ups. If there was any genuine interest in decentralising part of the Dublin based activity and business then perhaps part of that €3 billion should have been allocated to a Rural Affairs led Development Fund.

This pretty much sums up the attitude of this Government to the general public to be honest. I have already remarked my disgust at the labelling of workers on the Industrial Wage and below as “Middle Income Earners.”

These are the Working Poor and not the Squeezed Middle that Campaign for Leo would canvas them as.Continued use of this “Squeezed Middle” allowed this Fine Gael Budget give them pretty much nothing that would enhance their day to days.

Yet the Hotel Industry get to keep their cosy VAT rate of 9%. This is my “are you taking the piss.” I am required to collect VAT from my clients, who are most likely insolvent and or at risk of losing their homes, at 23%. Yet anyone can go away for a Spa Weekend in a 5* and only pay VAT at 9%. There’s one contradiction there. A luxury non-essential service is at 9%. And Insolvency is at 23%.

Additionally, and this may not be public knowledge as it doesn’t get into the press releases and spins, but the Hotel Industry already got a full re-Rating (they now pay reduced Rates) and it wasn’t reversed either in this Budget, despite the obvious fact that this industry is clearly back on its feet.

If I had the means I would engage an Economist to study how much the Hotel Industry got to retain as profits because of their reduced Rates; to actually put a price on how much is being denied to their respective Local Authorities.

One thing to trap from this is that the Hotel Industry must have very good Lobbyists working for them.

Here’s another contradiction; the Budget promoted a 5% Unemployed rate to near full employment over the 12 months. This spells out as a possible Labour Shortage to me and yet Employers PRSI was increased.

This is absurd, and will lead to more Contractor arrangements. USC and PRSI, both EE and ER must be overhauled and rebuilt before it is touched again. Continuing with the current yet historic Social Insurance framework is not working and it is not value-for-money for the taxpayer.

Anyway, steam now vented so onto something which will see tangible benefit over the next 12 months. The additional €75 million into a now rebooted National Treatment Purchase Fund (NTPF.)  As a former Hospital Financial Controller, I know this is a magnificent boost, and I promise ye reading this that the NTPF can make a huge impact into those waiting lists.

Incidentally, this was a Fianna Fáil demand as part of the Confidence & Supply agreement with Fine Gael.

At a budget event yesterday, I learned from Sean Fleming TD that this budget is the first balanced budget in 10 years. But don’t get too confident, there is still a National Debt of €44,000.00 sitting on your head. €44k per head. The 2nd heaviest in the world. We are not in debt as much a Japan, although I’m inclined to envy their indigenous industry profile; Toyota, Honda, Nissan etc.

Fianna Fáil will insist that their Confidence and Supply agreement with this Government is bringing Stability to the country, and it is serving the country well by getting more spend into Services, and less into Tax breaks, which is hardly a secret Fine Gael ambition.

I’m not party to any deals made in Leinster House or their Party Offices, but I will say that this Budget is not a pre-election one.

Tinkering around with a fiver here and there, and not adding anything to the pint is about the height of the populist giveaways. However, it is worth me mentioning that your TDs will get to enjoy their pay rises from January 1st while Social Welfare recipients will be waiting until April.

That behaviour really bugs me as an accountant. Everything included and passed by the Dáil in the 2018 Budget should all commence on the 1st January. The top ups now being earned from Tuesdays Midnight, will all be recorded into this Financial Year 2017.

I will sign off with a note of comfort, my additional 200 EITC will at least be enough cover for my Diet Club Orange and Sunbeds over the next year.

I hope to see ye tonight and feel free to ask questions.

It Screams ‘Trust Me’