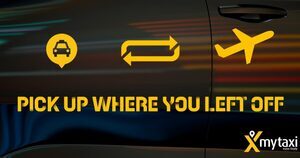 About four weeks ago I arrived back at Dublin Airport after a late-night flight from Barcelona. Though the flight was hassle free, the same could not be said for the journey from the airport to home.

I got to the Terminal 2 taxi rank just after midnight. There I found around 100 other punters also looking for taxis. So, I queued for 40 minutes for a taxi home.

For many visitors these hefty delays in getting a taxi are their first experience of Dublin. Maybe it is intended as a premonition of the joys of living in Dublin, gently preparing those moving here for what the rental accommodation sector has in store for them?

If only we were that organised.

It is not just an airport problem. According to the taxi licensing division of the National Transport Authority (NTA), the size of the national taxi fleet has dropped by almost a quarter from its 2008 peak. I

While much of the decline can be put down to the recession (the NTA also cites increased vehicle and driver testing standards), the figure is still dropping. There are 230 fewer cabs now than there were last year.

Curiously, though the number of limousine licences also decreased from the 2008 peak of 1,338 to a trough of 1,204 in 2011, the market has bounced back and is now way ahead of that 2008 peak with 1,741 active limousine licenses on the road last year.

Remember, these are the national figures, they cover the 26 counties. The NTA says there are 10,680 Public Service Vehicles currently operating in Dublin. Just over 500 of these are limousines, about 40 are hackneys.

This leaves about 10,100 taxis to service the population of Dublin – at a time when demand is growing, not just because of the growth of the Dublin economy, but also the success of taxi hailing apps such as Hailo, MyTaxi, Lynk and (to a lesser degree) Uber.

Though “success” is probably not the most appropriate word when discussing the MyTaxi app. To say that the migration from Hailo to MyTaxi in Dublin has not gone well, is akin to saying that yesterday was an okay day for Donald Trump.

The transition from Hailo to MyTaxi has been a catalogue of confusions for customers and drivers alike. As one of the earliest Hailo users, I was a big fan of their app. It was neat, simple and reliable. If the app said that the Taxi was likely to reach you in 6 minutes, then that is what would happen.

Yes, there were a few issues with the pinpoint accuracy of the maps. It was not unheard of to find the taxi waiting for you on a street closer to your back door than the front one, but frequent users soon learned how to recalibrate the app and drop the pin to match the actual streetscape rather than the virtual one.

Hailo’s greatest achievement though, was not just making it easier and safer to hail a taxi, it was the extent to which it professionalised the business and increased industry standards, especially customer service. It did it in a way that the State’s regulatory model simply failed to and at no cost to the tax payer.

Drivers joining Hailo had to produce regularly their documentation in person and meet performance standards. Their cabs seemed that bit cleaner and in better shape. Not only was Hailo safer, after all you had the drivers mobile number plus record of the trip saved on your app in the event of a problem, you also knew they took customer complaints seriously.

This is not something you could say about the Taxi regulator. With Hailo you made your complaint online and they followed up on it within a few days. This contrasted with the Taxi regulator’s cumbersome and bureaucratic process that rarely ever led anywhere, including an acknowledgement.

The disappearance of Hailo earlier this year, following the company’s disastrous 2014 venture in to the US. taxi market and its takeover by the Daimler-owned MyTaxi group should not have resulted in a massive diminution in reliability and service – and yet it has.

I had used MyTaxi without any hassle while on trips to Germany, long before it moved here and so, I assumed, switching from Hailo to MyTaxi would be a piece of piss. I was wrong.

Like many thousands of other customers, I quickly learned that MyTaxi, the piss artist formerly known as Hailo, was not a patch on the original.

To be fair to MyTaxi the history of big IT projects was against them. The switch did require one of the largest app migrations ever undertaken in Europe, but did they not realise that when they took over? While a few weeks of teething issues might be understandable, several months of long waits to find a cab, cancelled trips and – now – more expensive journeys, are not.

It is a lesson that the customs service in the UK is about to learn the hard way after Brexit. If anyone tries to tell you that there is an easy technological solution to the Irish/Irish border, just point them towards MyTaxi.

Thus, I am now an EMU, an ex-MyTaxi-user and – if what my taxi driving mates tell me is correct – I am just one of many. Where once I used an app when I needed a taxi, now I walk to the local bus stop on the main road and hail one off the street.

True, there is the Lynk app and I am told by the same taxi driving mates that many disgruntled MyTaxi drivers are moving to Lynk, but the MyTaxi saga has so put me off hailing apps right now that it may take me some time to start trusting them again.

Sorry, Lynk. Sorry too Uber [Dublin], but waiting longer to pay 50% over the odds to travel in a flashy limousine is not my thing.

While I miss Hailo, I know that what I really miss are service improvements it helped make possible. I hope someone, be it Lynk or whoever, can fill the gap opened up by the MyTaxi fiasco and that we do not see the sector slide back to the chaos of the early 1990s.

In the meantime, I pay more often with cash than with a credit card and do not have a receipt automatically emailed to me, but at least I can get one of those declining number of Dublin taxis.

24 thoughts on “The Mytaxi Fiasco”