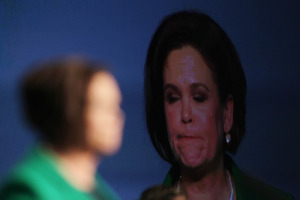 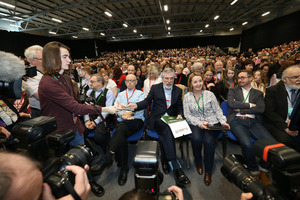 I sit down to write this week’s column having just watched Prof Mary Beard’s excellent documentary portrait of Julius Caesar on BBC1. If I had hoped that watching it might give me some inspiration for today’s effort, I was wrong.

This is not the good professor’s fault. Her contention that Caesar’s legacy has echoes in the actions and words of today’s great political leaders has considerable validity – just not so much when you try to apply it to the career of Gerry Adams.

As I argued here last November Adams is not moving off the Sinn Féin stage, he is merely slipping behind the curtain. Have no doubt that his control, and that of the Army Council, has not been loosened that much.

Rather than looking to Mary Beard’s Julius Caesar, the character I should be looking to is Antony Jay and Jonathan Lynn’s fictional creation: “Yes Minister’s” Rt. Hon. Jim Hacker, MP. Specifically, the Hacker of the first episode of Series Three, entitled “Equal Opportunities”. There Hacker agrees to give an interview to Kathy, a young kid from his constituency writing an article for her school magazine.

Asked to set out his personal achievements, Hacker gives Kathy a run down of his political CV, listing all the posts and high offices he has held. No, she replies, that is not what she means. What she wants is a list of those personal achievements that have made life better for others. He can think of nothing. He is stumped.

Just as stumped as Sinn Féin’s phalanx of myth makers over the past few weeks as they prepared for last Saturday’s ceremonial changing of the guard.

Their record is what Sinn Féin has gained for itself. It is numbers. Even then, the accomplishment is inflated as it does not account for the waves of resignations including the Senator who quit the party ate last year and then quit the Seanad or the dozen and a half Cllrs who quit since the last Locals.

Ask the average Fianna Fáil-er what their party has achieved and they will list things like the Irish Constitution, free travel, free first and second level education, the Good Friday Agreement, joining the EU(EEC) etc.

Put the same question to a Fine Gael-er and they may cite the declaration of the Republic, the Anglo-Irish Agreement, abolishing illegitimacy, while a Labour party member might point to equality legislation, anti-poverty programmes, marriage equality etc.

A political party is defined by how it has changed the lives of others. How it lived up to its raison d’etre. In those terms Adams and Sinn Fein’s record is a one of abject and complete failure. It did not advance political progress in the North, it has been a brake on it. The Provos campaign of violence set back the cause of Unity.

Even in government in the North its record is threadbare. Though it will pain Sinn Féin-ers to hear this, particularly those on this side of the border, the harsh reality is that the DUP ran rings around Sinn Féin in government.

Not that I expect them to take my word for it. Just read Gerry Adams’s own analysis from his January 7, 2017 speech at the Felons’ Club in Belfast.

There he listed all the areas where the DUP had outflanked them:

…there have been other significant issues of contention, including the decision to renege on the Programme for Government commitment on the Long Kesh site; the DUP’s resistance to the legacy and truth recovery mechanisms of the Stormont House agreement; the Red Sky scandal and the Project Eagle debacle.

Remember that this is barely two months after Martin McGuinness and Arlene Foster were jointly championing their achievements on Nov 21, 2016, saying

“This is what delivery looks like. No gimmicks. No grandstanding. Just Ministers getting on with the work”.

Try as they may to claim it, the Sinn Féin tail has never wagged the DUP dog.
When it comes to working within a partnership government Sinn Féin could do with taking a leaf out of the PDs, Labour, Greens or Independents book on making government work.

When I suggest they take a leaf out of their books, I mean just a leaf and not – as Sinn Féin has been doing for the past few months – taking another party’s story of achievements and rewriting it as theirs.

As Adams prepared to step back we saw the myth makers attempt to co-opt the record of the civil rights movement and the legacy of John Hume and other genuine peace makers like Seamus Mallon, Dr Joe Hendron, Ivan Cooper, people who stood up to the Provos, and claim it as their own.

When it comes to political cynicism, no one, is as cynical as the Sinn Féin myth makers. They are shameless. But this shamelessness has a purpose. Their rewriting of history and their “everyone else is a sell-out, except us” narrative is there to mask their real vulnerability.

If calling them out on their paramilitary associations, addressing their murky past or their equivocation on political norms were enough, then Sinn Féin would still be in single digits in terms of support here in the South.

But they are not. Reminding people of their frightful history is not really working. This is not because the public do not care about it, but rather because people do not judge parties, or brands, in the same way that they judge individuals. While character does matter, the public thinks more in terms of capability.

This is the point that political parties have missed. Sinn Féin’s vulnerability lies not so much in its lack of character but in its political incapability.

The self-styled party of equality and the plain man and woman is anything but.

For Sinn Féin, Sinn Féin comes first. The Sinn Féin/Adams project was never about Unity, equality or justice, they are just the slogans. The “project” is just about Sinn Féin pre-eminence.

The primacy of the party is what matters, not its professed primary purpose. It was the case with Adams at the helm and it will remain so with McDonald and O’Neill. 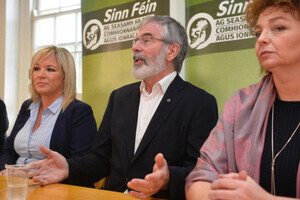 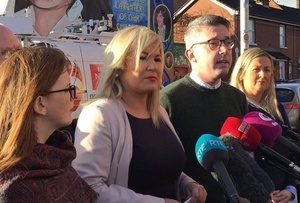 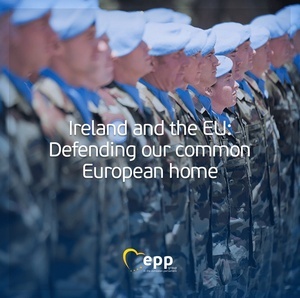 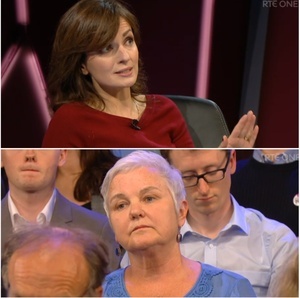 91 thoughts on “We Came, We Saw, We Self-Promoted”