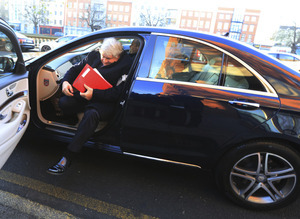 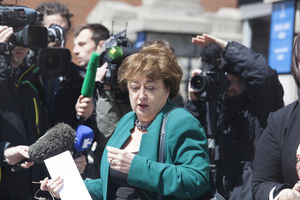 Primarily because it is a convoluted tale of unusual events and powerful men (in the main) and telling the story is not always an easy web to untangle in a way that makes it accessible to those with limited knowledge of the various backgrounds or history of the main protagonists.

If you watched the Prime Time piece you’ll have seen yours truly here being interviewed as part of the package.

Not because of any involvement in the legal battle between  Red Flag CEO Karl Brophy and Denis O’Brien, but because I happened to be one of the key researchers on the Siteserv transaction and wider IBRC issues that Deputy Catherine Murphy first began raising back in 2014 – long before it came to national prominence or indeed was of interest to anyone outside the office of Catherine Murphy.

The research began to pay dividends when after six months of asking Parliamentary Questions and submitting FOI requests, the Department of Finance released internal documents to us under FOI which showed that they had raised significant concerns about how the management of IBRC had handled the Siteserv transaction as well as a number of other large transactions.

These revelations shot the issue into the limelight and suddenly the months and months of methodical research, and Catherine’s tenacity, began to pay off.

The question which formed the base of all the research was always, at its most basic, did the taxpayer get the best deal possible from a bank that had already cost them billions of euros?

If it could be proven that the best deal had been achieved then great, but if not, that deserved scrutiny. For us, it really was and continues to be, as simple as that.

But suddenly we found ourselves in a world of intrigue and curious events. Many of these events went publicly unremarked upon by us as we felt there was an element of a distraction about them and we made decisions about whether or not they these curious incidences were worth making a song and dance about.

We generally decided they weren’t.

Now, almost three years later and with some of the incredible elements of this saga now out in the open I find myself looking back and almost pinching myself at some of the experiences both Catherine and I encountered as the Siteserv issue rumbled through the Spring and Summer of 2015.

The Prime Time piece focused in on the curious case of Mark Hollingsworth – a journalist of some significant professional standing – and his unusual role in the saga. Upon first being contacted by him in July 2015 I ran a rudimentary background check and found he’d written extensively for major publications and was recognised as an investigative reporter, including on some high profile cases such as the Madeline McCann case.

He’d also written several books on corruption and Russian oligarchies. I spoke to journalist friends who vouched for his credentials. Basically, his bio stood up. Yet once I agreed to speak to him – over the phone initially, my Spidey senses immediately tingled. I refused to answer his questions (although he preferred incorrect statements of fact that he wanted me to confirm rather than asking actual questions).

Two months later when he arrived at a scheduled meeting in Leinster House with Catherine and I, he had done nothing to indicate my initial sense had been wrong and everything to confirm I was right.

When I described on Prime Time the type of clothing he showed up to the meeting in, it wasn’t because I’m fashion conscious. It was because it stood out to both of us as being highly unusual given the warm weather of the time and it appeared designed to conceal something.

The way he insisted on positioning himself in the room further cemented this belief and within minutes of commencing the meeting,

Catherine’s Spidey senses had also kicked in and she decided to cut the meeting short. It wasn’t long before he’d raised the Spidey senses of other journalists he met on his trip to Dublin and it soon became apparent there was, for all intents and purposes, a spy in our midst!

Things went from weird to weirder in the next instalment of my involvement in just one small part of this gripping international mystery.

Following our interactions with Hollingsworth, Catherine and I were advised (by people who know about these kind of things) to send a formal request for any files held on either of us from a number of secret intelligence agencies based in the UK – some of whom had MI5 connections and other such reputations which up until that point I had assumed was only true of movies with Daniel Craig in them.

It seemed things couldn’t get more surreal until the day that I, apparently randomly, hailed a taxi outside the Four Courts only to be greeted by a drive, who once I was in and started my journey, described himself to me as a former Mossad agent who was here to give me some ‘friendly advice’.

When he got agitated that I wasn’t taking him seriously enough, I began to realise this wasn’t a random taxi driver.

There I was, in a taxi, while a man with dark wraparound glasses gave me a ‘friendly’ warning that I was ‘likely’ under surveillance and that my phone, car and home were ‘probably’ bugged.

When he offered to use his former Mossad connections or his claim that he previously held a senior ranking position in Mr O’Brien’s personal security detail in Papau New Guinea to help sweep my car, home and devices, I politely declined.

When he proffered the names of other intelligence officers of various military backgrounds operating in the city who had myself and Catherine in their midst, I took note of them.

When he told me about the men purporting to be Sky Agents who had called to my home to install bugging devices, or how a simple exercise could ensure every key tap of my phone was traced, I snapped a picture of his licence and calmly asked him to unlock the doors and let me out.

We parted with a final warning from him that I would regret not taking him seriously.

I made a judgement call that the move had been designed to intimidate me and so I chose to ignore it and not make a song and dance about it. I did however speak to people in our security services that were able to confirm his identity and his background and the same for the individuals he had named – his claims stood up – this was no ordinary Taxi driver.

It was a frightening experience. However, we yet again decided not to make a fuss about it and apart from taking advice regarding precautions, I continued on with my work as normal – albeit using a few different phones!

In the months after I had these experiences I had a newspaper outlet scan my phone to check for bugging devices, I spoke to Roy Greenslade in The Guardian and we joked about how ludicrous this whole thing was as if we were old mates. The New York Times were in touch and Alex Thompson in Channel 4 took to calling me to keep up with developments. The Washington Post even popped a call onto me late one night.

It was a surreal experience that seemed like it couldn’t get any weirder and then Peter Murtagh blew that out of the water with an expose in the Irish Times last year that told the tale of a mystery USB, a trail across the globe that Jason Bourne would be proud of and of course, the now infamous Mark Hollingsworth.

So if last Tuesday’s Prime Time seemed slightly confusing to you, rest assured it is only the tip of a very large and hidden iceberg which still has plenty of story left to tell.

I hailed a taxi randomly on the street on the very first day of the Red Flag case in October 2015.

I’ve never been in a taxi before where the driver knew who I was as soon as I got in. 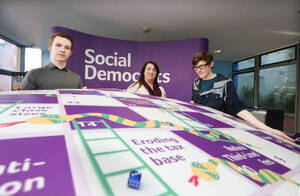 46 thoughts on “My Taxi Driver Was A Former Mossad Agent”