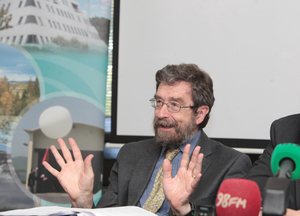 Ah, the fiscal rules. They brought us fiscal space, the expenditure benchmark and the structural deficit. They were supposed to bring us sustainable and balanced fiscal policy to see us through the good times and the bad.

However, Dr. John Fitzgerald, of the Economic and Social Research Institute [ESRI], is not impressed.

In an Irish Times opinion piece, He writes:

‘ . . . the inadequacy of the rules-based approach may actually provide cover for dangerous pro-cyclical fiscal policy . . .

‘…In the period 2004 to 2007, Irish fiscal policy fully complied with the rules, but it was pro-cyclical, making a major contribution to the growing bubble that subsequently wreaked so much havoc.’

‘ . . . in the Irish case the continuing exceptional growth suggests that the economy will hit full employment next year, and that action will be needed in the 2019 budget to slow the economy.’

In effect, Dr. Fitzgerald is arguing that while we would be compliant with the fiscal rules if we were to increase public expenditure by the full amount allowable under the rules, it would be folly to do so as we are knocking on the door of full capacity – another bubble, inflationary pressures or a deterioration of our current accounts.

Indeed, we may have to increase taxation or cut public spending to keep things on track, something the fiscal rules don’t call for.

There are two ways of approaching this argument.

The first is – yes, yes, yes. The fiscal rules have as much relevance to proper fiscal policy as alchemy (OK, a bit exaggerated but not by much).

Champions of these rules claim that had the coercive element of these rules been in force during our boom years, we would have avoided the excesses of that period.

The fact is Ireland was not only compliant with the rules in the boom period – as Dr. Fitzgerald points out – we had the best public finances of any Eurozone country bar Finland.

The fiscal rules were never empirically-based; they are a political instrument dressed up in complicated formulae.

In the immediate sense, they were the price that German Christian Democracy extracted for participating in bail-out mechanisms. In a larger sense, they are about the de-politicisation of the economy so that regardless of what government people elect, the rules will rule regardless.

So, yes, Ireland and Europe would be far better off without them.

It’s not just that the fiscal rules are inappropriate to a highly-globalised small open economy. Or that key concepts (e.g. structural deficit) cannot be directly measured. They constitute an inherent irrationality.

Under the rules investment must be paid out of current revenue; that is, the state is largely prevented from borrowing for productive investment. Imagine the impact were this applied to the household sector – people would be forced to pay for a house out of savings, rather than borrowing.

Or applied to the business sector – again, firms would have to pay for investment out of retained earnings, not borrowing. In the former, only the richest could afford a house; in the latter, firms couldn’t expand, modernise or even set up in the first place.

Some people say we should just tell the EU where to get off and ignore ‘their’ rules. However, these are our rules, constitutionally mandated through the Fiscal Treaty referendum. Further, to ignore the rules would be to invite retribution by the international markets, driving up the cost of investment.

In any event, the issue under the rules isn’t that we are prevented from spending. We are allowed a structural deficit of 0.5 percent. By 2021, the Government is targeting an actual surplus of 1 percent. Seems like a small difference but it amounts to an additional €4.8 billion potential fiscal space on a static basis.

The issue is we don’t have a reliable fiscal framework to plan out future priorities and ensure that our annual budgets work with the economy’s grain rather than against.

Without this risk volatile swings  – jumping from pump-priming to austerity, from boom to slumps. And accompanying those swings will be a debate where the loudest voices and most privileged interests will dominate.

So how do we proceed?

Dr. Fitzgerald has a suggestion:

‘Ireland might be better off without these particular rules, relying instead on the wisdom of ministers for finance, overseen by a critical media.’

Hmm. That seems a tad optimistic. We can’t measure our national output, or reliably count how many houses we are building, or calculate how much value-added our export sector actually produces. Wisdom needs evidence.

Let’s admit it – we’re in a fog. And when you’re in a fog, you turn on the high-beams and proceed slowly. We need a new fiscal framework, we need new measurements.

But until such time (and it will take some time) we need to measure best-case and worst-case scenarios. And in that space between the two we should assign resources to urgent investment priorities to support a productive economy.

Housing would be high up the list. So would urban public transport and renewable technologies as we face into an environmentally-problematic future to put mildly.

There are other priorities – hospital beds and childcare facilities. We don’t have much time until the next downswing or to take advantage of ultra-low interest rates.

Because, for example, if we enter into another slump – induced by Brexit or whatever – with high levels of homelessness and housing need, it will only get worse and even more expensive to repair on the other side of the cycle. And the roller-coaster ride will start all over again.

If you have a coin whereby heads you lose, tails you lose, you don’t keep flipping it. You get rid of it. And get another coin.

23 thoughts on “The Fiscal Rules: Heads You Lose, Tails You Lose”