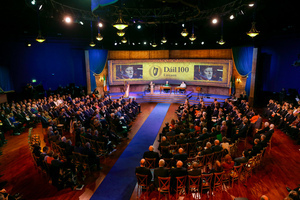 From top: The Ceremonial Commemoration of the Centenary of the First Meeting of Dáil Éireann in the Mansion House; Dan Boyle

It was somewhat surreal to be sat in my old seat. The panorama, while familiar, was made up of other former members of the Oireachtas, some of whom I’d served with most of whom I hadn’t.

We were there to watch a simulcast of proceedings taking place in the Mansion House, marking the 100th anniversary of the holding of the First Dáil.

The event was perhaps a not unsurprising mix of the worthy and the worthless. The readings of the Proclamation, and the Democratic Programme, were useful references points on where we’ve come from and what has been achieved.

The tail spin of the ceremony, the speeches from party leaders (with only or two exceptions) showed how poor the quality of oratory is within Irish politics.

It also sadly showed how few of our political figures lack not only vision for the future, but also an inability to honestly analyse our past.

The anniversary should be an opportunity to examine the health of Irish democracy after 100 years. A chance to ask how free a state we’ve become. The occasion to critically evaluate how Republican our State has been in meeting its aspirations.

We could wallow in how we have believed for far too long, that we could have a country, with a society and an economy, that was self sustaining and self contained.

And yet Ireland has been one of the few countries in Europe that has achieved continuous democratic changes in government. This during a period of history where much of the continent of Europe slipped into a totalitarian hell.

Our politics, often mired in frustration, has despite seemingly immovable obstacles, helped to progress us into a quite modern, very progressive nation.

The scale and rate of change, particularly over the past 25 years has often been breathtaking. While much of this has been achieved without being instigated, or even encouraged, by our parliamentary system of government, without those processes the liberal legislation that was brought about would never have been enabled.

Celebrating these achievements is not to ignore the continuing injustices of today, nor is it a drawing to close any parts of our history that we still have not been able to confront.

We should be acknowledging though that we have made considerable advances. We have become richer as a society and as an economy.

We have moved beyond our long held perception of ourselves as being ‘anti-British’ towards becoming a supremely confident nation.

We have phased from that monochrome, homogenised, largely rural culture of one hundred years ago to a pluralistic tapestry admired by many throughout the World, a World with whom we now interact with a supreme confidence.

My overriding impression of the commemoration was a wondering of whether this was it. Are we only to acknowledge a single event in 1919? Or are we also to celebrate, while examining, the many achievements of our parliamentary democracy since?

We should be acknowledging those individuals, and those political parties, who also served. Those who were not there in 1919 and aren’t here now. Parties like Clann na Poblachta and Clann na Talmhan, and the key individuals who were part of these parties. They too have been part of our story. 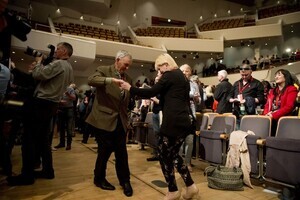