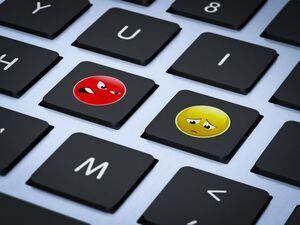 ‘I have spent too much time playing this game that I’m not going to play anymore‘, says Dan Boyle (above) of engaging with abusive trolls

There are times in life when everything pales in significance. Where the personal overtakes the public, framing what had once been thought important as not being so important after all.

My life has fallen into such a phase. For most of my life I have been a public person. It remains my intention to continue to engage publicly. What I’ve begun to question is my willingness to accept and tolerate what for the most part is unacceptable and intolerable.

Faced with the facile, the uninformed or just the plain ignorant my instinct has been to engage in some form of reason. My own fuse has often been short and tightly wound. To my shame and embarrassment I have often responded with unfortunate lack of patience aimed at those from whom I have detected no sense or reason.

Despite these lapses I have bitten my tongue more often than I should have. Like most others in public life I have shared the need to be liked, as a prerequisite for attaining ‘support’. The corollary of accepting affection has been an obsessive desire not to cause offence.

It is, of course, a continuum. The yin and yang of life. We might stray from one end of this range to the other, but at least we aspire never to move too far from the middle.

The choices we make contribute to our potential of being marked out by those without boundaries. Being of the wrong tribe, part of a clique less large or traditional, brings obvious responsibility for not fitting in appropriately.

The willingness to attack or to dehumanise is more a feature of social media than face to face contact. I rarely would personally encounter someone who would tell me to my face that I was amoral, that I had blood on my hands, or that they understood why my wife might have left me.

These things have been said to me on social media. If they were intended to provoke a reaction they worked. They made me angry, sometimes indignant, sometimes hurt.

They are not now being said as frequently or as bitterly, although a certain residue continues to persist.

I have spent too much time playing this game that I’m not going to play anymore. I remain open to critical engagement. There is much about what I do that warrants criticism. When fairly delivered, in a proper context, I would hope my response to such criticism would help me do what I do that bit better.

What I will avoid, beyond Lent, is responding to any contemptuous abuse, any reference to my family, any inverted ‘truth’ designed to fit with whatever fatuous prejudice held.

It won’t change the World but it will make my world more sane. I’ve been a fool to have put up with such nonsense for so long.

It won’t make those who I will now ignore as any less angry, but I’m beyond caring about that. The people who matter most to me are those who are closest to me.

If I feel guilty about anything it is the time I should have but didn’t spend with those I love, choosing instead to interact with those who never deserved my time, who have held each other in mutual disrespect.

This may be a long winded way of saying Don’t Feed the Trolls. My goal is to make them starve. I have been the bigger fool for giving them the ingredients

The Alt-Delete Movement – All You Need To Know 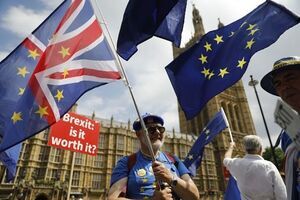