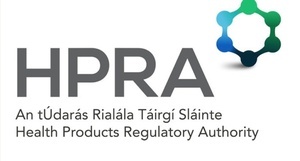 This week (plus a day) is more than just a follow up to my soft promise  to take a better look at where your Government intends to plant the seeds for cannabis regulation, the Health Services Product Authority (HPRA).

While Government legislators seem determined to retain cannabis licencing within the walls of the Department of Health, what was once Part 2 of Gino Kenny’s Bill appears to have been mischievously co-opted by them for their own purposes.

In exercising its function, the Authority shall seek to achieve the following 5 objectives—

(a) to regulate the supply and possession of cannabis and cannabis-based products for medicinal use,

(b) to pursue the development of a consumer-oriented licensing system and regulatory code for the users of cannabis and cannabis-based products for 10 medicinal purposes,

(c) to oversee the development of a professional, safe, and well-regulated service for the supply of cannabis for medicinal use,

(d) to have due regard to the needs of users of cannabis and cannabis-based products for medicinal purposes,

(e) to promote measures to facilitate increased understanding and awareness of the use of cannabis and cannabis-based products for medicinal purposes, and

(f) to facilitate the use of cannabis and cannabis-based products for medicinal purposes.

Nice work to win, nonetheless, even for a well-established Authority with a proven track record of delivering their mandate, this new legislation is a game-changer.

Yet it has been signed over to a one that is narrowly specialised, loss-making, and already known for sloppy strategic decisions with its resources.

This isn’t cynicism, I just have too many lingering doubts with an assignment that has all the trademarks of a done deal.

Rather than recognising that other jurisdictions have founded specialised agencies (see Blowback below), or that it was also included in Gino Kenny’s Bill, which by the way, was a Bill that they were still content with to pluck from, we really have to ascertain one thing.

What made the Irish Government think that the HPRA has the wherewithal to regulate a multibillion euro industry across a wide range of sectors from Healthcare, to Agriculture, to Tourism?

Since January 2017 this very same HPRA were already running ahead of themselves when they could barely walk straight with this statement;

“It is not the remit of this review to consider the recent Bill. However, it is noted that it is proposed to regulate cannabis outside of the existing medicines’ and Misuse of Drugs legislative systems. This proposal allows for greater access than recommended in the conclusions of this report and therefore is a matter of concern.”

Even a brief scan over the HPRA website yields some fault lines within their own house.

Last week I introduced you to their annual report, this week say hello to its Board.

Two particular appointments may be of interest; both were signed off by Minister Harris’ predecessor just as a General Election was called.

in his last days as a Minister for Health, Leo Varadkar appointed David Holohan, who at the time was Chief Investment Officer (CIO) at Merrion Capital and a Brian Jones.

Mr Holohan is no doubt a huge asset to the HRPA board and above reproach in every way but this is about perception.

How can you expect the HPRA to be fully transparent if they cannot maintain the records of their directors for the public at large to oversee; how can you trust that their Fitness and Probity procedures are fully compliant?

Mr Holohan, meanwhile, also chairs the charity One in Four which is annually assisted by €800,000 from the HSE.

This is all too close.

Brian Jones, whose profile published by the HPRA states; he has worked at senior level in Public Heath, It is not enough information to advise if he is either independent or suitable. You should know if he is qualified, if is he experienced, if he has other directorships, and be certain he is demonstrably independent.

Exactly by what select criteria was he short-listed for Leo Varadkar’s final say?

Meanwhile, in other news, your EU partenaire are preparing to Roll Out themselves;

Should you be wondering, Yes, the report does call for a National Independent Regulator to be created to oversee the production and distribution of Le Cannabis.

The Roll Up column by Johnny Green will attempt to keep Broadsheet readers up-to-date on the growing cannabis industry in Ireland and worldwide. Follow Johnny Green on twitter for even more updates.

Blowback: If you think I am being too critical of the Minister and the decision to retain what I am naming Irish Weed with a dicey boffin-heavy quango, here is a string of links from regions that have independent regulators for cannabis, so just see for yourselves:
Alaska, Colorado, Nevada, Oregon, Washington , Massachusetts and Canada

27 thoughts on “Our Herb In Their Hands”