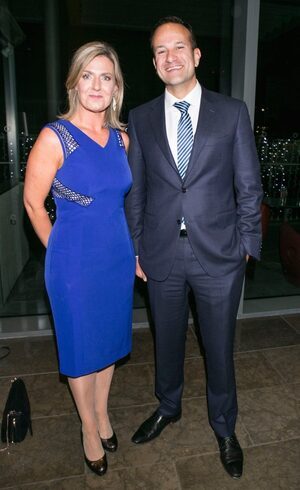 The Maria Bailey case just won’t go away. And that’s a problem, at least for Leo Varadkar and company. It has now emerged that on top of everything else she lied when she said she only asked the hotel for €7,000 to cover her medical costs.

In fact, it’s now being reported that she asked for €20,000. According to the Irish Independent, she initially received a cheque from the hotel for €600 to cover her medical costs. Apparently this cheque was lacking the appropriate amount of zeroes so she wrote back to them asking for €20,000 instead.

Then there’s the fact that she was receiving legal advice from her own party mate, Josepha Madigan. So we have a member of one of the dominant political parties making fraudulent claims while being advised by a member of the same party.

In any other country this would, one would hope, create some kind of controversy. But in Ireland it’s passed off as a public relations problem. It has nothing to do with dishonesty and double standards.

But in reality it does. A party that willingly accepts liars and cheats into its fold is a party that has no concern for what’s right and just. If it won’t deal with injustice and dishonesty in its own ranks why should it deal with it writ large across society?

Controversies like this are a gift to the far right. The Justin Barretts of the world see this and can point to the dishonesty of our major political parties. They can say “Mainstream political parties don’t care about corruption in their own ranks”.

And the Justin Barretts of the world would be correct. This then becomes their greatest recruitment tool. The far right may be nascent in Ireland but it’s here. And before we know it, it’ll turn into a major problem.

Stieg Larsson, the author of the Millennium Trilogy, was also an expert on the Swedish far right. Throughout the course of his career as a journalist he wrote at length about its tactics and talking points. In an article from 2003 he wrote that for the far right,

The most common propaganda message is the claim that somehow other democratic politicians are scoundrels who cheat and line their pockets at the expense of ordinary people, and who have “sold out” or “betrayed” their country.

Given the ascendancy of the far right in Sweden over the last three decades, Larsson clearly had a point.

This should be apparent to every political party and politician. Politics is different to what it was 30 years ago. The stakes are arguably higher today given the increasingly obvious effects of the destructiveness of capitalism. Add in the climate crisis and you’re left with a scenario ripe for exploitation by the far right.

But this either isn’t apparent and our politicians are astoundingly blind or it is, and they simply don’t care. Their brazenness might be tempered if they did take it seriously.

If it was taken seriously in Sweden 30 years ago a far right party wouldn’t be the third largest political party in the Swedish parliament today. Instead, Bailey gets a slap on the wrist and Madigan, so far at least, has escaped any kind of reprimand.

In the now infamous interview on Today with Seán O’Rourke she related her distress about the story. Not her distress at being dishonest but at the commentary rightly criticising her and calling her out. Essentially, she was upset at being found out. And she went on to accuse people of bullying her.

Despite her claims, journalists investigating fraud by public officials and the subsequent commentary on it is not bullying. It is, as a matter of fact, in the public interest. And let’s not forget that she suffered no long-term injuries from her fall apart from perhaps a bruised ego. Yet when caught out she decided to evade and obscure. Irish politics at its finest.

Nobody is calling for her head to be placed on the block. All people want is some accountability. But that has always seemed to be in very short supply. Our leaders feel free to lie and obfuscate throughout their careers knowing that very little will happen.

At most, an inquiry will be set up to investigate any wrongdoing without any ability to impose penalties. And then they can saunter off into semi-retirement.

We deserve better. We need better. Frighteningly, the alternative that a lot of people see is some combination of Fianna Fáil and the Greens, more Fine Gael, or the far right.

With the continual arrogance of the big two, and the Greens’ seeming willingness to enter government with either of them, the far right will capitalise on this.

A Fine Gael TD, @Fergusodowd said Maria Bailey should not stand in the next general election in the wake of the swing-gate controversy.

Brakes ranks to become the first Fine Gael politician to publicly call on Ms Bailey not to stand #SwingGate https://t.co/tj6GRHA2e8

22 thoughts on “Bryan Wall: A Little Swing To The Right”