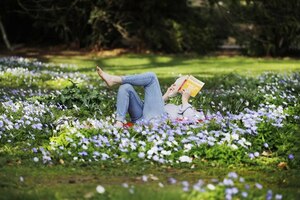 Among the many jobs that my Dad had,  possibly the one he enjoyed the most, was when he was a merchant seaman. For a number of years he worked on the Great Lakes between the US and Canada.

The rest of the family had moved from Chicago to Cork. We got to spend Christmases together. For the rest of the year we would make and send cassette tapes for each other to remind ourselves that we were a family.

My Dad was a gregarious man. I’m sure he would have had many friends on board the ships he worked. Nor would he have lacked for company. Despite knowing that I always imagined him being mainly alone in his berth.

One Christmas, and possibly by way of compensation, he brought me home a ship’s radio. It had five short wave bands. It was to become my window to the World.

Sometimes that World could be quite narrow. Police and ambulance communications could elicit a certain thrill, but that novelty would soon pass.

It was the global battle of the airwaves that fascinated me. Competing doctrines that would demand my attention – Voice of America, Radio Moscow, Radio Prague, Vatican Radio.

Like I imagined my Dad to be, I too was alone in my room. With my radio though. It allowed me to feel a citizen of the World.

Another present I got from my Dad seemed a lot more prosaic. It was a book, more of an instruction manual, called ‘Know Your Flags’. The book outlined the use of flags and their importance in seafaring.

It hardly thrilled me. My Dad did try to impress on me why he thought it important. He would explain the pennants that would be hoisted when a ship had docked, highlighting the status of the ship.

He tried to sell me on the value of semaphore, the visual Morse Code of the high seas. My short attention span and low boredom threshold would never have had the patience of reading messages made up of words where each letter had to be spelled out.

It took me many years later to realise that my Dad was trying to impart a life lesson to me. As I have come to understand it was never to be short of ways to communicate, especially if you find yourself alone and isolated.

There will be others on your wavelength waiting to connect.

I will always be grateful for that homespun wisdom of his. I miss him. This summer it will twenty years since he passed away.

With our current predicament I suspect he would be in his element. He might even be building a nuclear bunker. Partly because of his need to keep himself constantly busy, but also as an exaggerated response to the problems we are facing.

Besides a bunker mentality would have come from those many years he spent alone in his berth.

He was loud in voice. That sometimes had others ascribe an overconfidence in him. He spoke loudly because of hearing loss. I suspect this began from a time when he worked as a dynamiter at an uranium mine in Canada.

Loud of voice. Hard of hearing. Fond of flags. That was my Dad. It took me so long to get him.

Could do with him now to learn from what he might tell me of how we should survive this time of being apart from each other. How to let each other know how we feel. How to use whatever means we have to convey that and other messages.

Maybe I should start learning semaphore?

The Notion of Nation

Dan Boyle: All Politics Are Local?

13 thoughts on “Dan Boyle: Ourselves Alone”