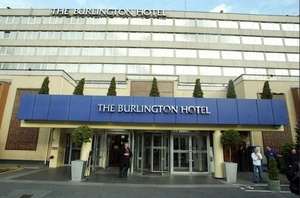 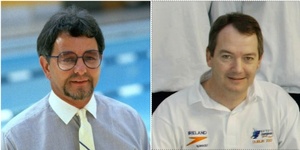 Ger Doyle succeeded the disgraced George Gibney as national swimming coach in 1992. He would remain in that position until 2005.

In July 2012, Doyle was jailed for six-and-a-half years after a conviction on 34 counts of indecent assault against young children.

Unlike Gibney, Doyle served prison time before his ‘sudden death’ over the weekend at 59.

Investigative sports journalist irvin Muchnik , of Concussion Inc,  who has been on the trail of George Gibney for half a decade, writes:

The newspaper stories of Ger Doyle’s death do not run down Doyle’s connections to Gibney and the widespread coach sexual abuse scandals in the Irish swimming program that brought about the dissolution of the Irish Amateur Swimming Association (IASA) in 1998 and its rebranding as Swim Ireland.

Another leading coach and IASA official, Frank McCann, was imprisoned for the murder of his wife and their baby daughter, by means of burning down their house — his way to conceal from her knowledge of his rape and impregnation of an underage girl.

In 2016, reviewing all this history in a ruling in my favor in my Freedom of Information Act lawsuit against the Department of Homeland Security for material from Gibney’s immigration files, U.S. District Court Judge Charles R. Breyer wrote that Gibney was the one who “got away.”

At the final hearing, addressing Gibney’s continued presence in this country despite a failed application for naturalized citizenship in 2010, Breyer said from the bench:

In 2017, a woman in Ireland contacted Concussion Inc. with a previously unreported instance of allegations of sex crimes by Gibney: his molestation of her in 1982, at age 11, during a private swimming instruction at the pool of Dublin’s Burlington Hotel.

In the account of the alleged victim, “Julia,” Ger Doyle was working as the “lifeguard” at the pool and looked on.