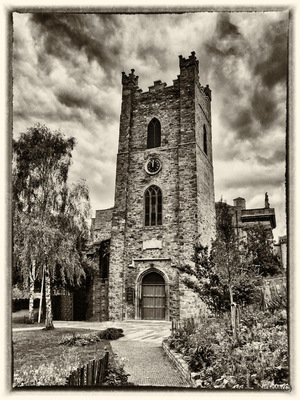 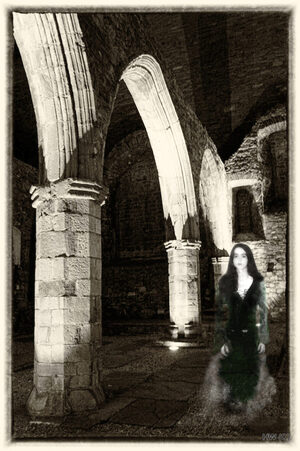 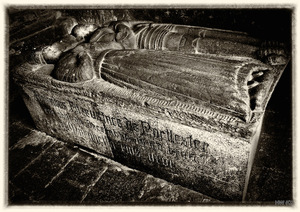 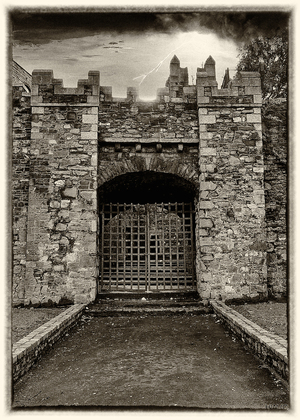 This Halloween, if you find yourself on an autumns evening walking by St Audoen’s Church in Dublin and you notice something from the corner of your eye in the shadows, bear in mind that this is a church well known for its share of supernatural activity.

The church dates from 1190 and was built by the Anglo Normans on a much earlier Christian site. St Audoen’s is the only remaining medieval parish church in Dublin. It is dedicated to the 7th century bishop of Rouen and patron saint of Normandy, St Ouen.

In the 18th century the church bordered a notorious part of the city then known as “Hell”. The church steps lead down to the only remaining gatehouse of the original Dublin City Wall, the “Gate of Hell”.

The area was a haunt for thieves, vagrants and all kinds of evildoers. It was infamous for its licentiousness and extreme violence and debauchery. In the 18th century there were various apprentice guilds in Dublin with intense rivalry between them.

A gang known as the Liberty Boys who were weavers from nearby Pimlico a part of the Liberties area, engaged in gang warfare with the Ormonde Boys, apprentice butchers from the banks of the river Liffey.

Fierce fights often resulted in bloodshed. The victorious hung their victims’ bodies from the archway over the “Gate of Hell” as a warning to their enemies. Today people walking up these ancient steps have felt unseen presences, heard ghostly footsteps and witnessed shadows flitting beneath the archway.

Around the grounds of St. Audoen’s there are reports of ghostly apparitions of murder victims, lepers and the shade of the notorious Dorcas “Darkey” Kelly the brothel madam of the Maiden Tower brothel on Copper Alley off Fishamble Street Her apparition appears as “The Green Lady” walking down the curved steps to “The Gate of Hell”.

Kelly may have been Dublin’s first female serial killer and was a favourite of the notorious Simon Luttrell the Sheriff of Dublin. Luttrell was a member of the House of Commons and the first Earl of Carhampton. He was also a Satanist and member of The Hellfire Club. Luttrell was rumoured to have impregnated Kelly and fathered her baby.

Kelly was very successful at her business but she had a hideous fate after being accused of the killing of a shoemaker, John Dowling. During the ensuing investigation the bodies of five customers were found hidden in the vaults in her brothel on Fishamble St. She protested her innocence of murder but it was to no avail. Darkey Kelly was judged guilty and met a gruesome end.

Her execution in 1761 was carried out on Gallows Road on what is now Baggot Street. Kelly was tied to a wooden post, then she was partially strangled by a rope and chain fastened with two spikes to cut and crush into the neck and whilst still agonisingly alive, was then cruelly burned to death at the stake.

The frequently witnessed female apparition of “The Green Lady” in the grounds of St. Audoen’s is said to be Darkey Kelly’s restless spirit. As a convicted murderess and woman of ill-repute she was not allowed to be buried on sanctified ground and her spirit is condemned to wander for ever more.

So, the next time you are walking in this area on your own, be aware that the shiver that made the hairs on your neck stand up and what you imagined you seen or heard perhaps was not your imagination after all.

5 thoughts on “Ghosts At The Gates Of Hell”