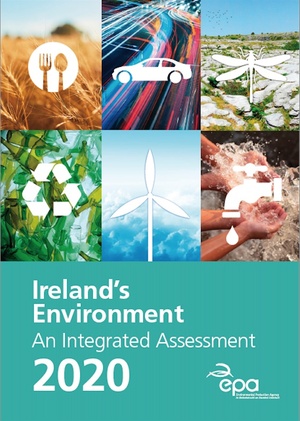 From top; EPA’s State of the Environment 2020 report; Dan Boyle

There are many fine people within the EPA, people motivated in wanting to bring about a better environment. Their ability to do so has been limited by a legislative straitjacket jacket that compromises the EPA’s ability to engage in actual environmental protection.

For most of its existence the agency has been a pollution permitting authority. In issuing Integrated Pollution Control Licences to different industries, the EPA has been sanctioning levels of pollution based on perceived economic need rather than protection of the environment.

Lacking capacity in its early years the EPA issued these IPC licences in ways that the industries issued with these licences tended to be largely self regulating.

In its governance, particularly at board level, the agency has been almost entirely influenced by industry interests. Since its foundation there has been a total exclusion of environmental campaigners at board or policy level making levels within the EPA.

Knowing this history, the strength of the language contained in the State of the Environment report comes as a pleasant surprise.

Maybe it’s because of a Green Party presence in government that we have a report that has not been written in the usual timid, evasive terms previous reports have been. Maybe it’s the realisation that damage caused to the Irish environment can no longer be denied.

Whatever the reason this report is a damning indictment of how damaged Ireland’s environment has become.

It isn’t churlish to point out that this has happened over a nearly thirty year period that we have had an Environmental Protection Agency. Granted, during that time, the agency has been hamstrung in term of resources, and in the type of political support that would help it achieve.

The tone and content of this report gives me some cause for hope. We are finally being honest about the extent of the damage caused. This can only be helpful in making us finally address the decades of negligence.

There are many metrics to measure the effects of Green Party participation in government. High among these should be our ability to police the environment.

Undoubtedly the capacity of the EPA has increased. Many skilled people have come into the organisation and have helped map the extent of our failure. What has continued to be lacking is any serious political consideration for if this was a problem, and if so how it should be responded to.

If this report is a statement of intent of a properly focused EPA, I would very much welcome that. I feel there is a particular responsibility for the Green Party in government to ensure that this represents the future role and direction on the EPA.

The first step in helping to make things better is to stop making them worse. It may not be politically wise to say so, but for much of the past thirty years the EPA has been part of the problem.

An Environmental Protection Agency that is structured not only to record, but more importantly to counteract, is what we should be aspiring towards. With this report we may be beginning to see that.