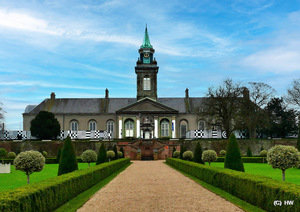 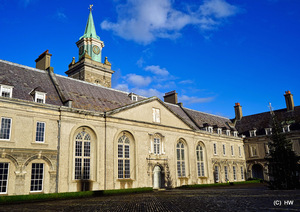 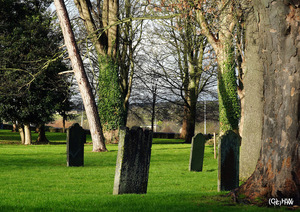 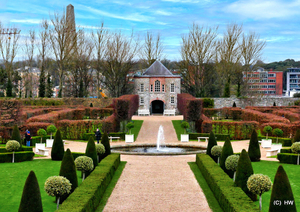 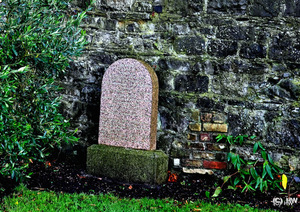 The Royal Hospital Kilmainham, now the home of the Irish Museum of Modern Art is well worth a visit. Designed by the architect William Robinson, the classical design of the building was inspired by Les Invalides in Paris. It was built as a retirement home for old soldiers. The foundation stone was laid in 1680 and it took on its first pensioners in 1684.

During the 243 years after it was opened, thousands of military pensioners lived out their final days within its walls. The last pensioner resident there was in 1927. Shortly afterwards it became the Garda Headquarters until 1949 when it was vacated as the building had many structural defects. It was used for storage facilities until it was beautifully restored during 1980 to 1984 and then reopened as the home of the Irish Museum of Modern Art.

The surrounding grounds include a couple of very historic cemeteries and a “long walk” where the retired veterans took their exercise. There is also a beautifully restored formal garden to enjoy, with ornate pathways, fountains and flowers. Tucked away in a corner of the gardens a very interesting grave but more about that later.

Down at the western ends of the grounds there are separate cemeteries for the hospital’s former residents, officers in one, rank-and-file soldiers in the other. Sited at the Kilmainham entrance is the easy to miss Bully’s Acre Cemetery as it is surrounded by high walls. One of Dublin’s oldest cemeteries, there is at least a thousand years of Dubliner’s beneath its soil.

The number of burials in the cemetery has been estimated to be at least 200,000. Brian Boru camped here on the eve of the Battle of Clontarf in 1014. Both his son and grandson were slain in the battle and are thought to be among the graves.

After the revolutionary Robert Emmet was hanged outside of St Catherine’s Church in Thomas Street on September 20th, 1803, his head was displayed to the crowd by the hangman Thomas Galvin. The remains of Emmet’s body were then taken to Bully’s Acre and he was temporarily buried there. Emmet’s remains were later secretly removed from Bully’s Acre and allegedly reinterred in St Michan’s Church in Church Street, Dublin, due to its associations with the United Irishmen. No one knows where his actual grave is sited and its location today remains a mystery.

Bully’s Acre was on “common” ground and burials could be performed without any fees being paid so it made it very popular with the poor of Dublin for interring their loved ones…and reputedly quite convenient for disposing of bodies that met a violent end. By the 1790’s most of the burials were in shallow graves little more than a few centimetres below ground level.

There are gruesome historical reports of “swine devouring human bodies while in the most pernicious state of putrefaction, and the torn remains of males and females left exposed to public view”. It was also a burial ground ripe for its picking by body snatchers and “resurrectionists” due to its shallow graves and plentiful supply of pauper burials. Many bodies were stolen on behalf or by the medical profession to study anatomy.

Cholera broke out in Dublin in 1832 and during a 10-day period over 500 bodies were buried in the graveyard. Over time the graveyard fell into a terrible state of squalor and there was a closure notice by the then Board of Health for the city of Dublin that noted, “the immense number of bodies buried there”, “many bodies lying exposed without any covering”, which eventually ended in its closure. Today the Office of Public Works now maintains the graveyards and they are kept very well by them.

And the grave that I mentioned earlier in the Royal Hospital Gardens? It is the grave of a horse buried in June 1899. The headstone notes that the horse’s name was “Vonolel”. He was decorated repeatedly by Queen Victoria for his services in Afghanistan and other battles in India, Burma, and South Africa.

He was the white coloured charger of the Anglo-Irish military man, Lord Roberts, the chief of staff of the British army during the heyday of empire. Lord Roberts estimated his faithful horse had travelled 50,000 miles during his career and was never sick or lame until the day he passed away in Kilmainham. A painting of Vonolel and Lord Roberts hangs in the Tate, London

A sentimental verse on the now faded headstone displays: –

“There are men both good and wise

Who hold that in a future state

Dumb creatures who have served us here below

Shall give us joyful greeting when we pass the golden gate.

Is it folly that I hope it may be so?”

So, the next time you visit IMMA at the Royal Hospital Kilmainham, enjoy a stroll around the grounds, you are surrounded by history.